Not Throwing Away My Shot

If you are a Hamilton fan (and let’s face it, who isn’t) then you instantly recognize this lyric. Hubby and I saw this amazing production a few days ago in the Victoria Palace Theatre in London, where the acoustics were tremendous, the cast was superb, and the whisky was reasonable, which was nice since the legroom was not.

This post is not about Hamilton, per se, but I will say that the production lives up to all the hype – and then some.

It’s about the fact that I bought the tickets 16 months in advance.

This is a record-breaking event in my life. Not only because I have lived my life according to my “Cadaver Metric” (patent pending) by which I measure my current overall health by considering what kind of cadaver I would make, but also because I live with the assumption that someone will have to make that decision sooner rather than later.

In short, I don’t commit to anything more than a year out because I assume I won’t be alive then.

Relax. I don’t actually think I am dying. I think we are ALL dying, simply at different rates. The PTSD and anxiety that accompanies the survival of a terrifying illness means that I find it impossible to imagine my life 12 months out from wherever I am right now. So purchasing FECKIN THEATRE TICKETS more than a year in advance raised quite a few eyebrows indeed.

Have I conquered my fears? (Nope.)

Simply, I love the theatre. When I was younger, I even had dreams of being on the stage, but was told by a director that I was a girl who “should not be in the spotlight.” (Yes. They actually said that. In front of the whole cast. Then made me sing my solo mic’d from backstage.)

It was a little traumatizing. But with equal parts stubbornness and stupidity, I continued to audition for everything anyway (one time I was dismissed mid-audition without reading because the directors were so sick of me).

I continued to sing (in my church choir, in my car), stage managed in community theatre, directed/produced plays in college, even did some (very briefly!) stand up in Los Angeles. Karaoke moment? Sure. Intense poetry readings? Yup. Musical drag numbers, Hell Yes. But after high school I never again auditioned for theatre.

Shelley Berman, a veteran comedian and performer – you probably remember him as Larry David’s dad on Curb Your Enthusiasm – and an amazing human being, was the one who encouraged me to do stand-up. I had never been so frightened in my entire life. It was an open-mic type affair in a place in Burbank, California and I am still amazed that I did not wet myself on stage, but Shelley helped set it up and I would never let him down. Shelley also gave me great advice. Humorous, whimsical, practical, actionable advice. So instead of pointing out the exact spot where I didn’t belong, he helped me craft the humor in occupying it anyway. He was lovingly brutal.

We had countless conversations about life and love and family. He loved my imitations of my grandfathers the most, even asking my permission to borrow a joke about the chauvinist one who (according to me) “lost a part of his soul the day the WNBA was formed” and the other, who advised me not to bother with ancestral research because “I’m sure you know enough assholes already, dear.” 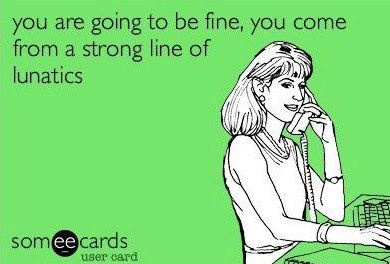 Shelley was never convinced that I belonged in academia, and had mixed feelings about me having a Mid-Life Crisis that involved me pursuing more of it. But he also knew that it was time. Time to write my truths and shoot them out into the Universe. Time that I finally took my shot.

Hamilton was a personal milestone for me in a weird and wonderful way, a commitment met from 16 months out. Go me. Although, I will tell you what I told Shelley 20 years ago (and Cubby, and Aram – who were not nearly as amused) – that being a writer suits me, because I consider it a sport like bowling – one must really want to wear those shoes, which is probably why one is encouraged to drink while doing it. 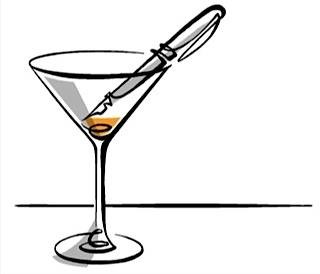 Posted by Derelict Deb on February 12, 2018 in BLOG DEPOSITS

One response to “ Not Throwing Away My Shot”